Oblate Voices is a JPIC blog that follows stories of hope and is about how Oblates and associates live and experience mission work in the spirit of the Oblate founder, St Eugene De Mazenod of responding to the needs of poor and most abandoned around the world. 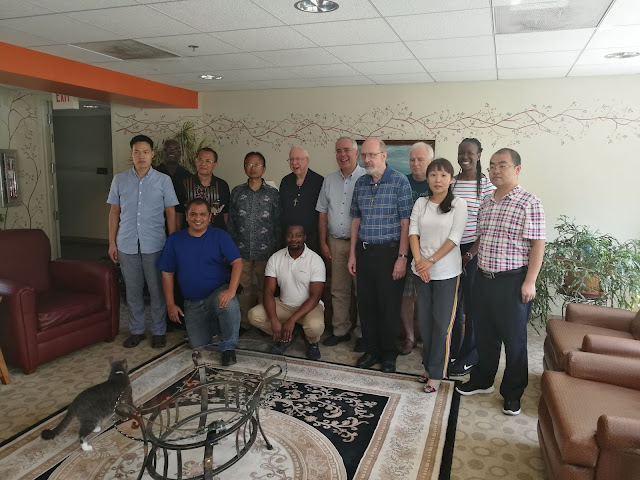 The Mc Lean Center for the Study of Cultural and Values organized their annual seminar from August 20 to September 20. This year I attended the five-week seminar with the theme, “The Meaning of Democracy: Foundations and Contemporary Challenges.” As an interdisciplinary and intercultural initiative, 15 scholars from different countries around the world got the opportunity to participate. The objective was for the participants to practice mutual understanding and so achieve lasting forms of academic friendship and cooperation. The 2019 Annual Seminar developed questions such as: 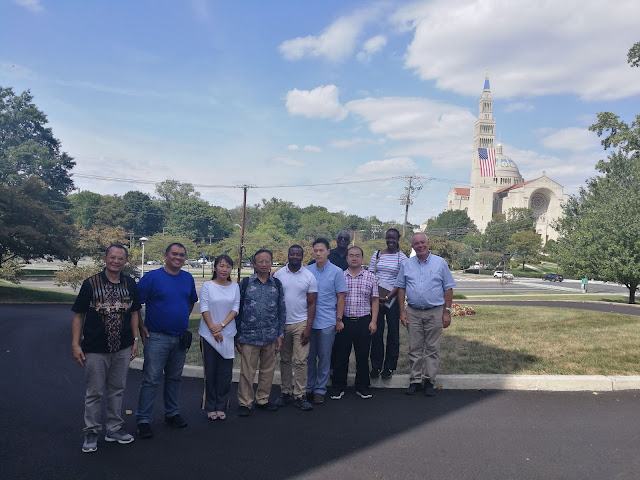 The series of twelve sessions entailed careful reading and intense discussion of texts by authors such as Robert Dahl and David Runciman, Francis Fukuyama and Pierre Rosanvallon, Gertrude Himmelfarb and F. A. Hayek, Ralf Dahrendorf and Karl Popper, Michael Oakshott and Isaiah Berlin, Karl Polanyi and Jacques Maritain. I got the opportunity on the last week of the Seminar to present my paper “The challenges of Women’s Discrimination in Undergoing Democratic States: The Case of Chad, in three parts:
The final papers of all participants will be compiled for publication. At the conclusion of the seminar I invited the participants to share African food. I am thankful.

OMI JPIC staff Bayor Chantal Ngoltoingar was born in Chad, Central Africa. Her work experience includes finance and marketing, while working with the United Bank of Africa and Airtel mobile company in Chad. She is currently pursuing her undergraduate degree at the Catholic University of America. 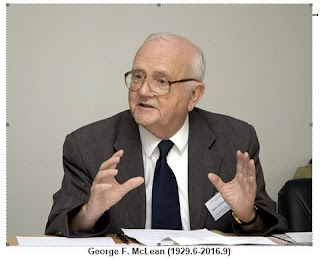 Rev. George F. McLean, OMl (1929-2016), was the Founder of Catholic University of America’s (CUA) Center for the Study of Culture and Values, and the International Council for Research in Values and Philosophy (RVP, www.crvp.org). He taught philosophy at CUA from 1956-1993 but devoted his entire life to promoting dialogue and cooperation among different peoples, cultures and religions around the globe.

In 2017 to honor Fr. McLean the university officially inaugurated the CUA McLean Center for the Study of Culture and Values (MCSCV). Fr. McLean initiated an annual seminar in 1984 to invite scholars and philosophers from diverse cultures and civilizations to participate in five to ten week seminars in Washington, D.C. to discuss current and urgent philosophical issues.

For more information about the Center visit http://www.crvp.org/McLean/McLean.html

Posted by Oblates JPIC at 1:32 PM No comments: